Male students in the UK are significantly more likely to commit suicide than their female counterparts, new figures have revealed.

The latest data from the Office of National Statistics (ONS) shows that male students are twice as likely to commit suicide, with figures from 2001 to 2017 showing that of the 1,330 students who died from suicide in that period, 66 per cent were men, the Guardian reported.

However, Louis Appleby, who leads the National Suicide Prevention Strategy for England, told the newspaper that the gender difference is not uncommon in cases of suicide and “what you would expect in every population”.

While rates of suicide among students remain lower than the average for the general population, that doesn’t mean universities should be complacent.

Mr Appleby added: “The message to universities is just as it was always: they need to do more.” In 2017, 95 students took their own lives.

Making sure that any students who are struggling have access to counselling in Manchester, or wherever they’re at university, when issues are identified is vital help more of them cope with their experiences.

One student who tried to take his own life while at university ten years ago told the BBC that it’s encouraging to see the progress that’s been made on mental health service provision for those at UK universities.

Chris Coombs commented: “There are services out there that are not just bolt-ons but actually they are core value because, at the end of the day, it’s in the interest of the university and the student that the student succeeds.” 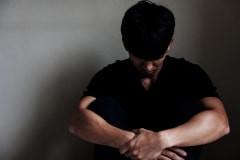