New research has revealed that there are many misconceptions about ageing in the UK, and that some younger people believe that becoming depressed or unhappy as you get older is inevitable.

The study conducted by the Royal Society for Public Health (RSPH) revealed that 25 per cent of 18 to 34 year olds believe it’s normal for older people to be depressed and unhappy, while 30 per cent of the public in the UK believe “being lonely is just something that happens when people get old”.

In its report: That Age Old Question, the RSPH makes a series of recommendations on how to deal with the ageist behaviour and language that’s prevalent in our society.

These include addressing positive ageing in schools and encouraging employers and the government to “support employee wellbeing and resilience in preparation for later life”.

Having a negative perception of ageing can also affect things like memory loss and makes recovering from illness more difficult. Research showing that these beliefs can exacerbate stress and lead to more severe depressive symptoms was also cited in the report.

Another interesting finding was that those who had negative perceptions about ageing in relation to their physical health and abilities tend to walk slower than those who don’t, highlighting the impact this can have on every aspect of our wellbeing.

But in a society that prizes youthfulness and where marketing of many products strives to push the anti-ageing message, it’s easy to see how people can have a predominantly negative perspective on getting older.

The RSPH research also shows, however, that being positive about getting older can have a range of benefits for our physical and mental health.

Loneliness in particular is something that’s received a lot of attention in the UK lately, with some media outlets describing an “epidemic of loneliness” after GPs called for more to be done to tackle the issue among older people.

The Campaign To End Loneliness supported the statement from the Royal College of General Practitioners (RCGP), with director of campaigns at the charity Sam Dick noting that there are a host of small things we can all do to help tackle loneliness across society.

“Our new public movement Be More Us focuses on the value of small moments of connection, such as saying hello to someone on the bus or making small talk at the shop,” he stated.

“These are an important part of tackling loneliness and are something that we can all easily take part in,” he added.

Some may find it helpful to visit a counsellor in Manchester if they feel that their loneliness is too much for them to deal with alone, or indeed if their mental health is suffering as a result of negative perceptions about ageing as a whole. Contact us to find out more about our services and the support you can access today. 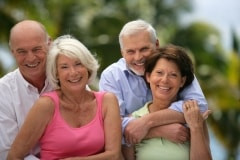