MPs in the House of Commons have passed a private member’s bill to prevent police using excessive restraint on mental health patients.

The Mental Health Units (Use of Force) Bill received a third reading last Friday (July 6th), which means it will now go to the House of Lords for further consideration before it can be legislated.

The bill, otherwise known as ‘Seni’s Law’ was introduced after Olaseni Lewis died in 2010 following an incident when 11 police officers used excessive restraint on him at Bethlem Royal Hospital.

His parents are now fighting for other mental health patients’ protection after their 21-year-old son’s death. He was attending the south London hospital on a voluntary basis, and on one night he became agitated and was held face down by a group of Metropolitan Police officers.

A few days later, he suffered a heart attack and passed away, The Guardian reported.

As there is no statutory requirement for an inquest to be held for a death in a mental hospital, it took seven years before Olaseni’s parents, Aji and Conrad Lewis, found out what happened to their son. While the inquest revealed “excessive force” had been used, no criminal charges were brought against the police officers.

It was feared the bill could have been blocked by a Conservative filibuster, as MPs ran out of time discussing it three weeks ago after Tory MP Philip Davies spoke for two and a half hours.

Mrs Lewis said Davies’ behaviour was “cruel” and “unnecessary”, as he tried to block it from going ahead. However, last week, he stated that he gave his support of the bill, alongside the government.

Health minister Jackie Doyle-Price commented: “Physical restraint should only be used as a last resort and our guidance to the NHS is clear on this, which is why we are fully supporting the system changes the bill sets out to achieve.”

The bill, which was introduced by Labour MP Steve Reed, calls for police who have to restrain mental health patients to wear body cameras at all times, so that they remain accountable for their actions. This will help create a standard on how events such as Olaseni’s are treated and reported.

Last week’s final reading went unopposed with MPs unanimously agreeing the new law should be introduced to protect those with emotional and psychological conditions who are in medical care.

Olaseni is not the only person to have been treated with brutal force while in a mental health unit.

Speaking with the Independent, Mr Reed revealed: “Although this bill is called Seni’s law in honour of Seni, it’s affected many, many people beyond Seni who have lost their lives or been injured simply because they were unwell.”

He went on to say the bill, if it is passed by the House of Lords, will make “mental health services safe and equal for everyone”.

One of the most effective mental health treatments for those who do not want to attend a unit is speaking to a counsellor in Manchester, who can talk through your problems and give you a place to feel safe and supported. 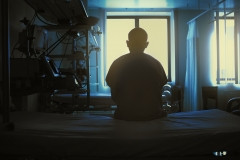